Larry Madrigal (b. 1986, Los Angeles, California) is a Mexican-American artist who lives and works in Phoenix, Arizona. At the end of the 90’s Madrigal moved to Arizona with his parents and since he was a child he was attracted to drawing, a medium that offered him to explore and show the “unknown” between reality and fiction. As a teenager he ventured into graffiti, perhaps motivated by the same concern but with new perspectives. It was during his university studies that Madrigal decided to be an artist with active cognitive practice, which enable him to complete a Bachelor’s and Master’s in Fine Arts at Arizona State University, in Tempe.

In the search for his own artistic language, intentional or not, Madrigal’s works are characterized by urban figurative portraits and more intimate scenes of everyday life. Curious about the chores of contemporary life and with a traditional pictorial style, he also shows interest in different ways of life, cultures and anthropology. The story moves between chaos and order, with a sense of formal freedom that ephemerally borders on theatricality and drama. His empathy for the human beings behavior allows him to delve deeper into themes such as family, interrelationships, responsibilities and routines.

His work has been exhibited at the Phoenix Art Museum, Tucson Art Museum, Wausau Museum of Contemporary Art, Wausau, WI, and more recently at Nicodim Gallery, Los Angeles, with the exhibition When You Waked Up the Buffalo. Madrigal has obtained important recognitions, grants and awards such as the AXA XL Art Prize (2020) and the Elizabeth Greenshields Foundation Scholarship, Montreal, Québec, (2017, 2018, 2020). 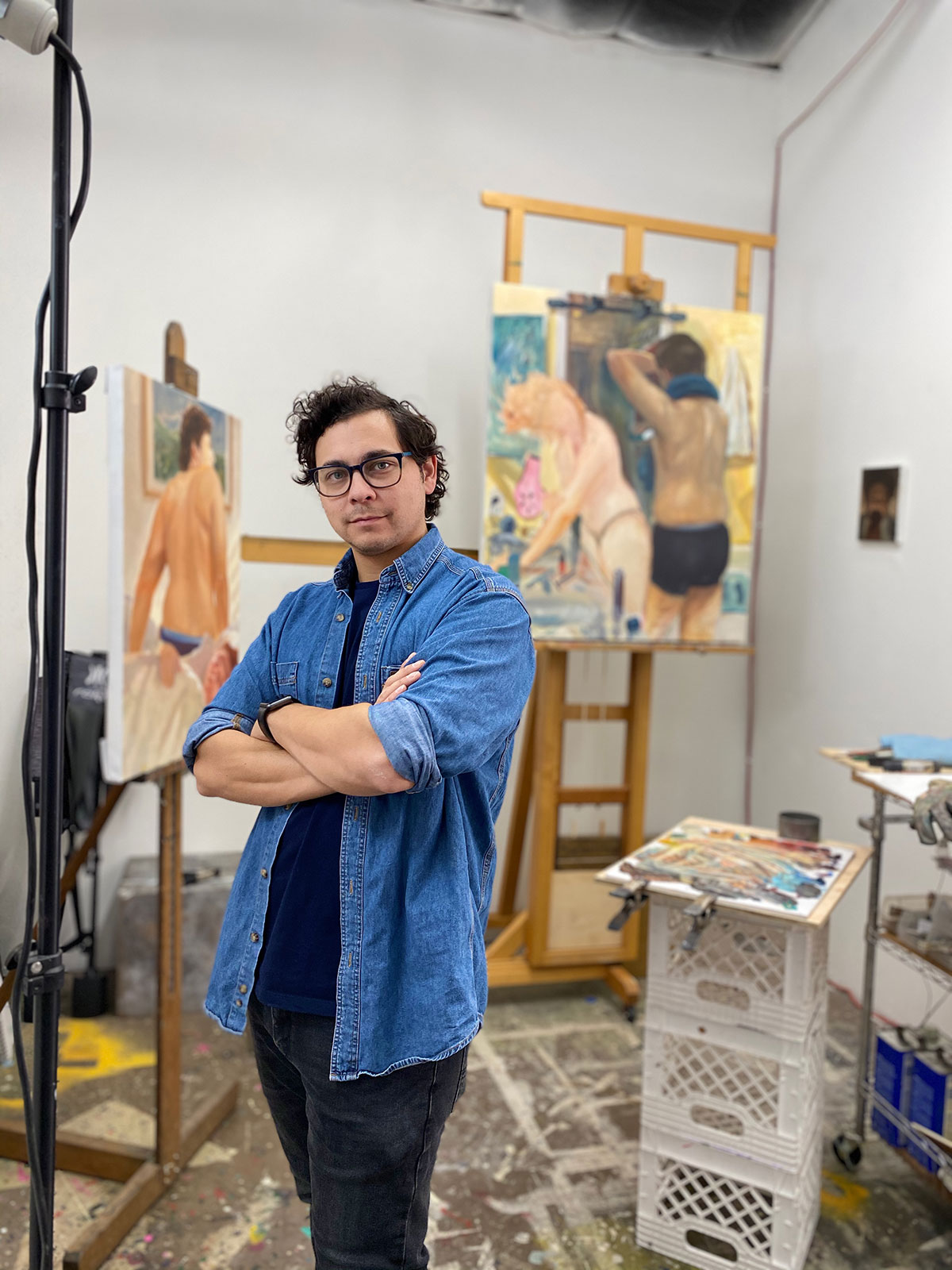 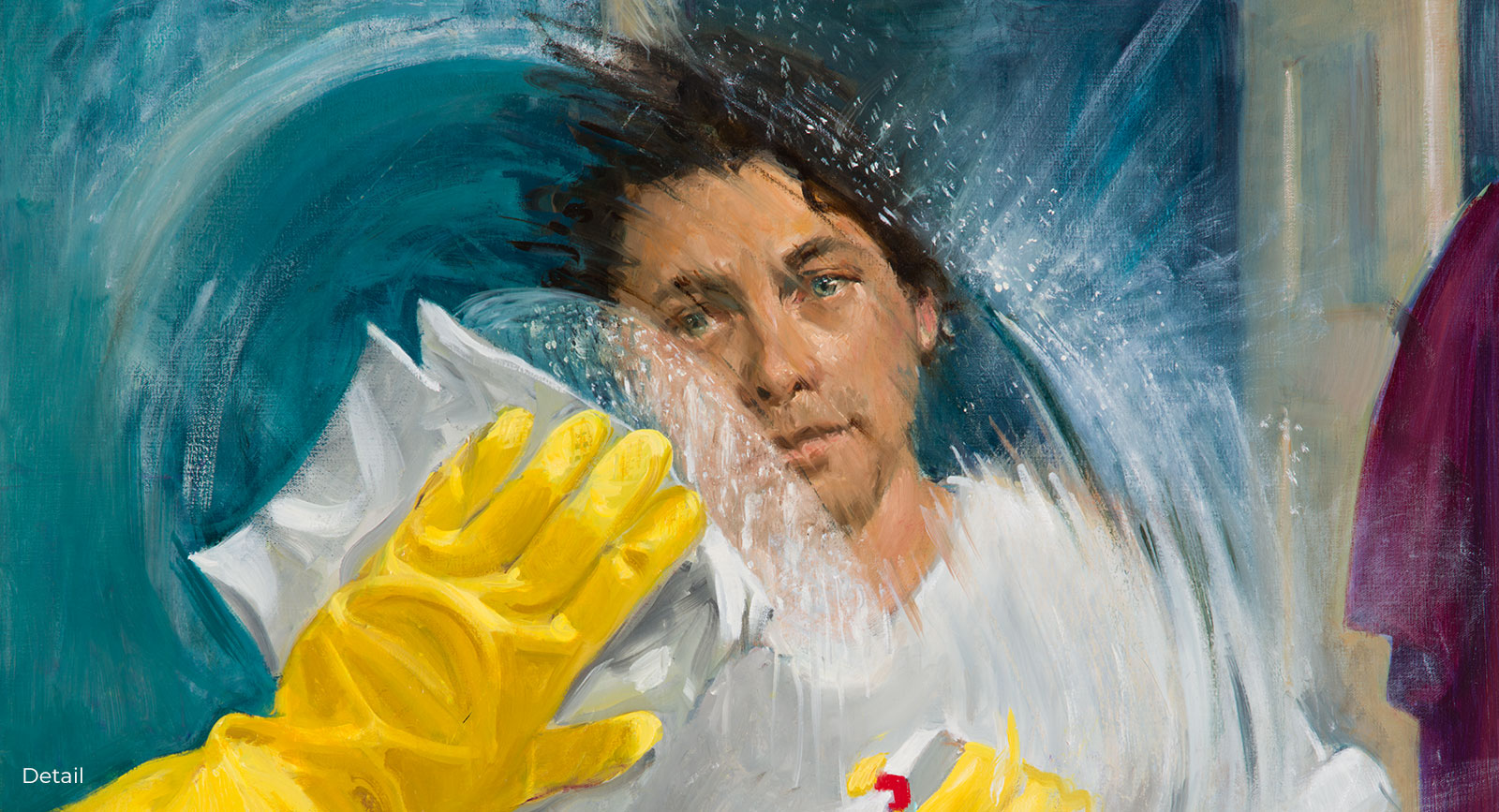 10 / 28 / 2020
Larry Madrigal: Sacred Reflection in the Middle of Ordinary Routines
by Tulika Bahadur