Ricardo López Arias is a Panamanian photographer born in Washington in 1948, with a Bachelor degree in Law and Political Science and Doctor of Philosophy. He began his photographic career in 1982 with large format cameras. He systematically studied the system of zones formulated by Ansel Adams and refined the knowledge and practice of this process with the method designed by Phil Davis, professor emeritus of art at the University of Michigan (Ann Arbor) and author of Beyond the Zone System, with whom kept in contact for several years.

In 1988, master photographers Frederick Sommer and Paul Caponigro invited him to visit them in Prescott, Arizona, Carmel and California, respectively. Both impressed López Arias deeply and harshly, mainly Sommer. Over the years and the development of technology, he decided to work with digital cameras, which has made him a prolific photographer. Recent works – in both color and black and white – include his abstractions, street photography, landscapes, and a series of monumental images of the widening of the Panama Canal. The art critic and curator Adrienne Samos has commented on the constancy and result of his work: “… he has produced an astonishing body of work both for its great length and variety and for its unquestionable quality”.

Between 2015 and 2016, López Arias exhibited his projects Colón, Amador and Ampliation in institutions such as the Gallery of the National Institute of Culture, Gallery Manual E. Amador, University of Panama, Municipality of Panama, Hatillo Building, in the Cultural Center of Spain “Casa del Soldado”, Arteconsult Gallery, among other spaces. In 2017 he was the winner of the First Prize of the Roberto Lewis National Visual Arts Contest, awarded by the National Institute of Culture (INAC) in Panama City. Together with the art critic Erik Wolfschoon and the curator Maylin Pérez, he founded, in 2018, the Fototeca de Panama, participated in several conservatories invited by the Professional Photographers Guild of Panama and was jury of the First Edition of the Panama Photography Festival Photolab. In 2018, the Fototeca de Cuba, recognized nationally and internationally for exhibiting the work of distinguished photographers such as Rober Mapplethorpe, Ralph Gibson, Larry Clark, S. Salgado, René Burri among others, invited the photographer to present a retrospective exhibition that was inaugurated in La Havana in February 2019.

Ricardo López Arias is interested in both documentary photography and the conceptual but he considers himself a pure photographer. He has ventured into other genres such as street photography, portraiture, abstract, among others, thus creating a relevant body of work both for its size, variety and evident quality. Master masterfully analog and digital photography, reinforcing the medium of possibilities infinite. This last year 2020 he has worked with a large format camera 4 x 5, creating a body of work of abstract images with the intention to distance himself from the pure figurative form.

López Arias decided to photograph the expansion of the Panama Canal between 2015 and 2016, motivated by the monumentality of the construction. In his interest in transcending the mere graphic register, he emphasizes the sense of form with modernist aesthetics. During an interview, he stated: “The images do not follow a chronological order related to the construction stages, what they do is symbolize the enormity of the work and its historical importance.” Although it was not with a preconceived idea of ​​what he was going to photograph, he did several tours. Attracted by the elements that interested him, he took the image, establishing a personal contact and subjective reaction with the environment. All the photographs were taken using a tripod and a medium format digital camera, with the intention of printing the images in large size. There is a remarkable purpose of ordering and contouring.

In 2016, the exhibition “La Ampliación” was inaugurated at the Arteconsult gallery with a selection of 18 large-format photographs. In 2018, one of these photos achieved the highest sales result in the photography section during the annual auction of the Museum of Contemporary Art of Panama.

As a celebration of 5 years of Canal expansion and 100 of the founding of Asociación de Prácticos del Canal de Panamá (Panama Canal Practitioners Association), Multiplo in collaboration with López Arias, has created a limited edition of 50 portfolios, each one has 4 exclusive photographs of the Ampliation signed by the artist. The works can be purchased framed – 26¨ x 30¨ and unframed 20¨ x 24, printed on Innova 300gr paper of high museum quality that favors its preservation. The images reveal an unusual and incomparable look due to the sophisticated sense of the composition: tension in the form, the balance, the contrasts, the perspective and the visual poetry that emanates from it all. It is a unique opportunity to acquire these transcendental photographs that show the technological capacity, the organization and the prosperity of the country. A historical event that embraces the collective memory and has come to be part of History. 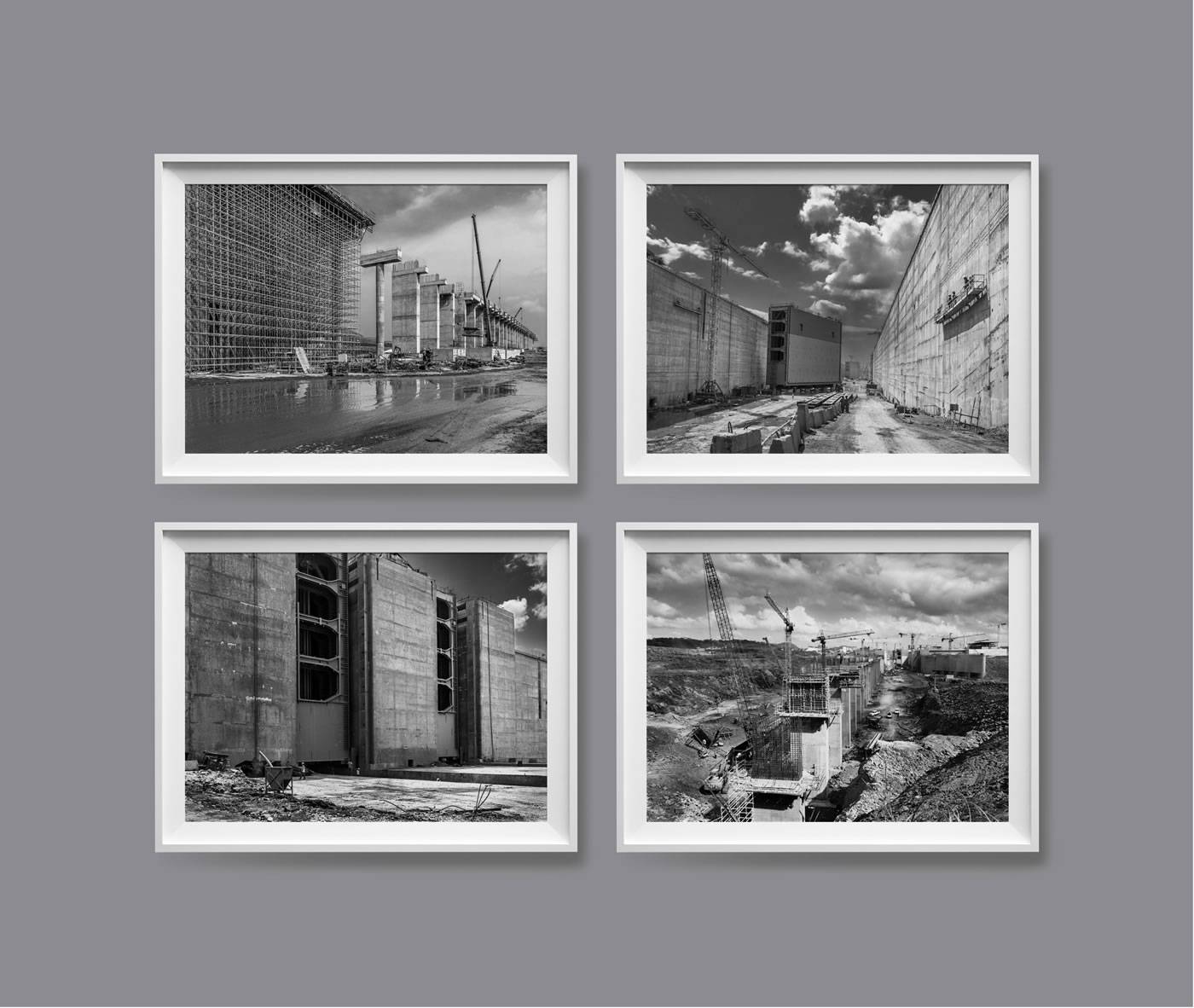